Having undressed, they run barefoot through the snow and dived into the icy water of the Uda River. On January 18, 2019, on the Epiphany Eve, the company’s employees traditionally swum in a ice-hole. Neither cold weather nor wind prevented the fulfillment of the Orthodox sacrament. Everyone who dared to take such a step was greeted with applause and warm drinks.

An entire infrastructure had been built on the bank of the river: a heated tent for changing clothes with was erected, a path to the water was laid and a ladder to the ice-hole was installed. There was a large samovar there in a separate area. Guests of the holiday were treated to delicious tea and homemade pastries.

Father Vladimir came to bless the waters of the river.

Immediately after the common prayer over the ice-hole and immersion of the cross into it, the brave souls plunged into cold water three times. 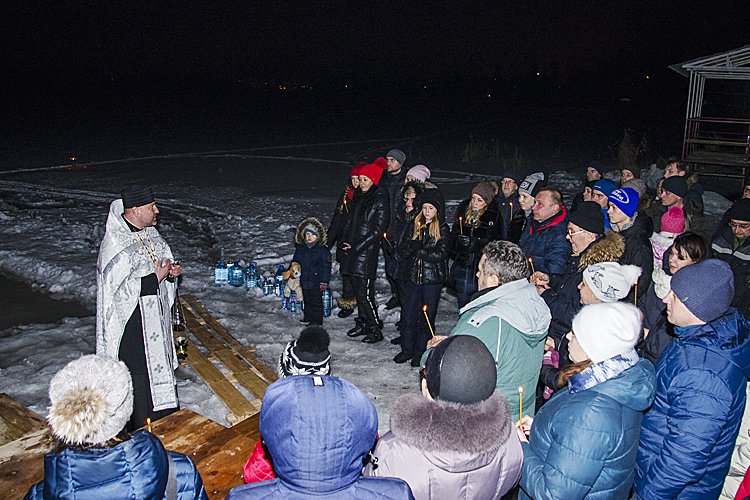 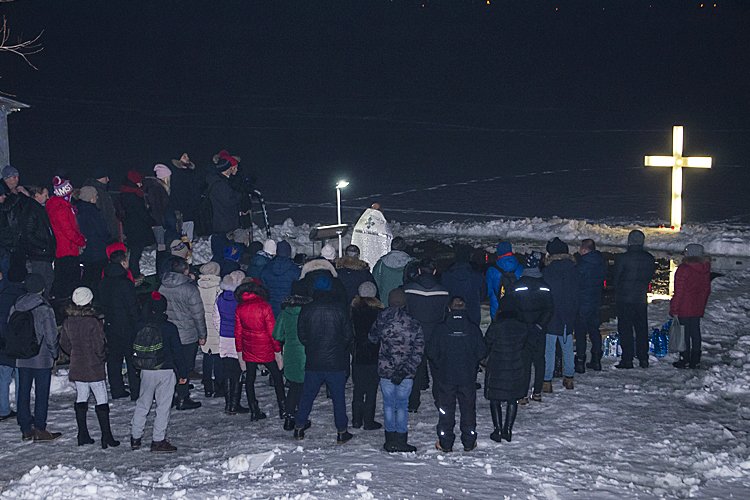 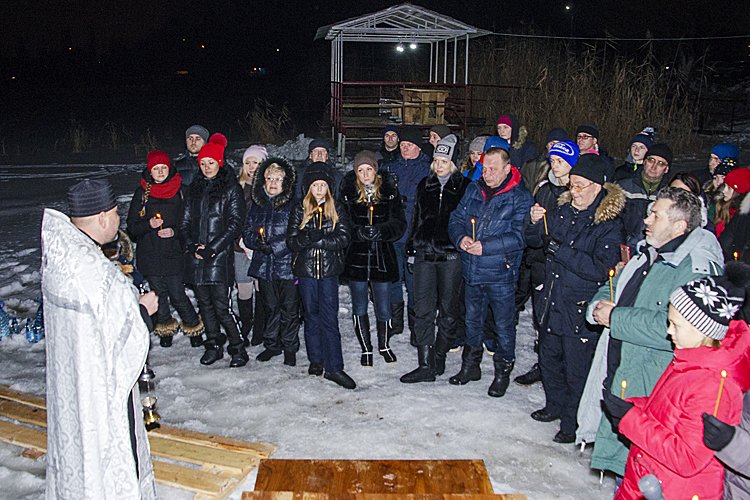 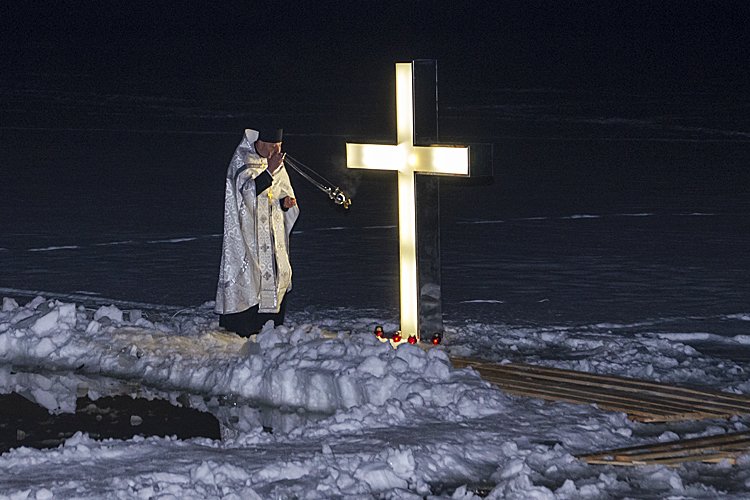 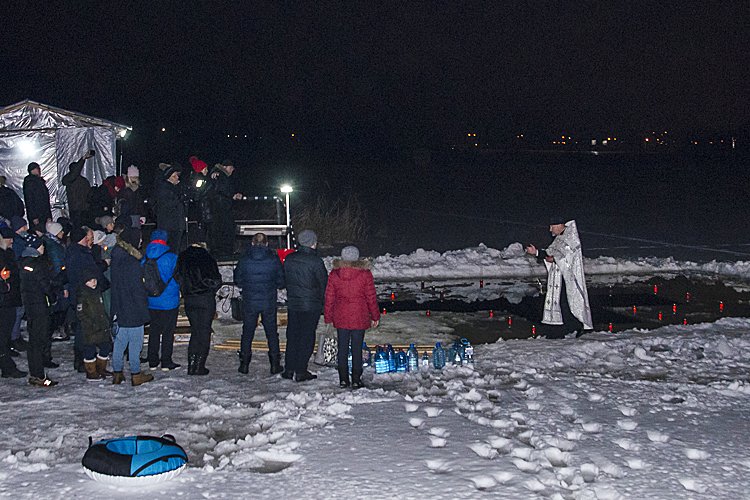 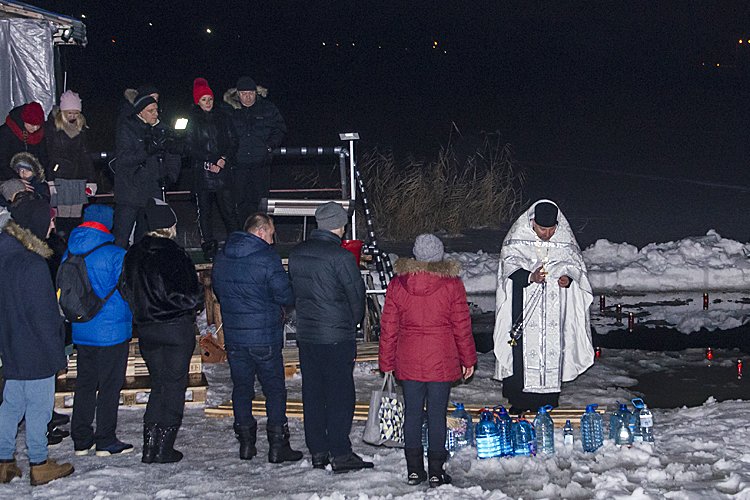 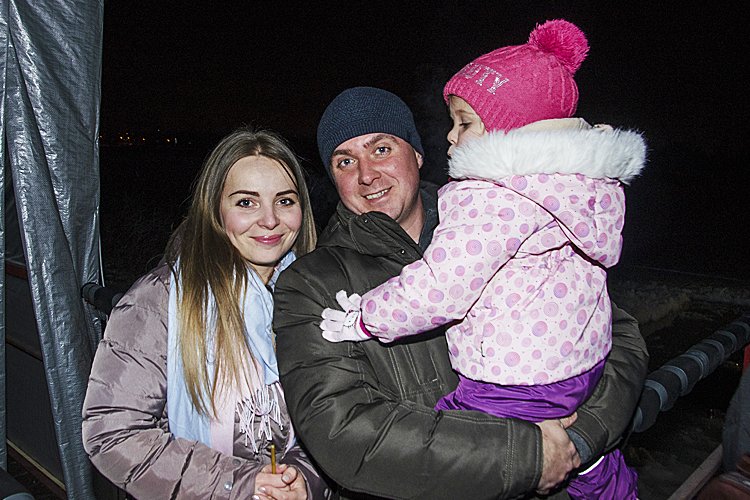 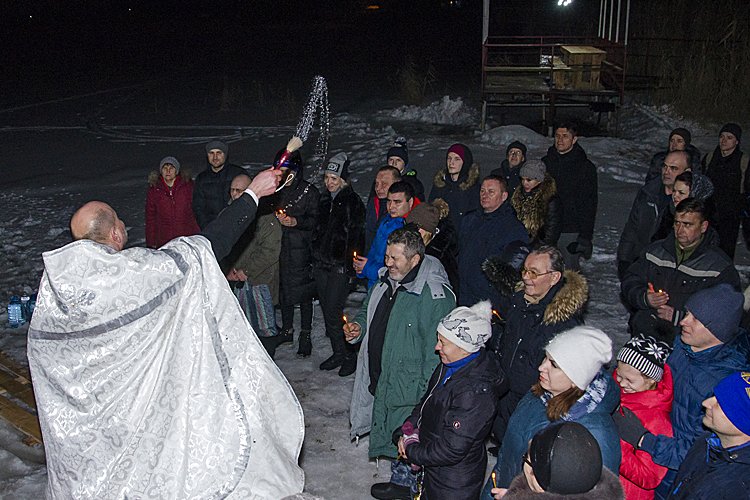 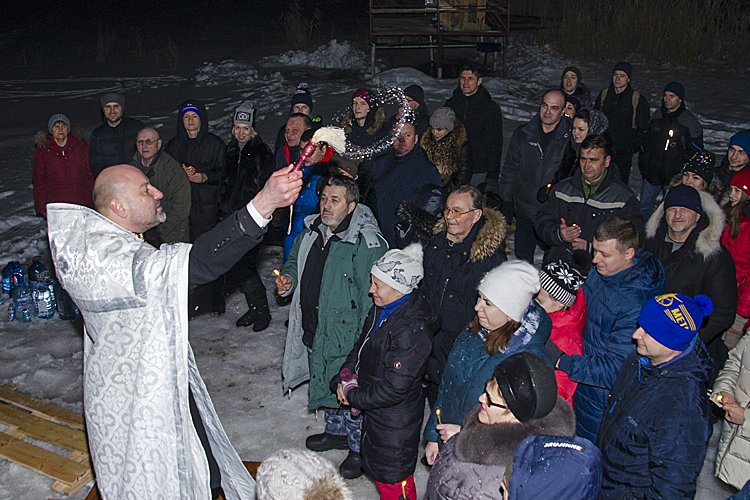 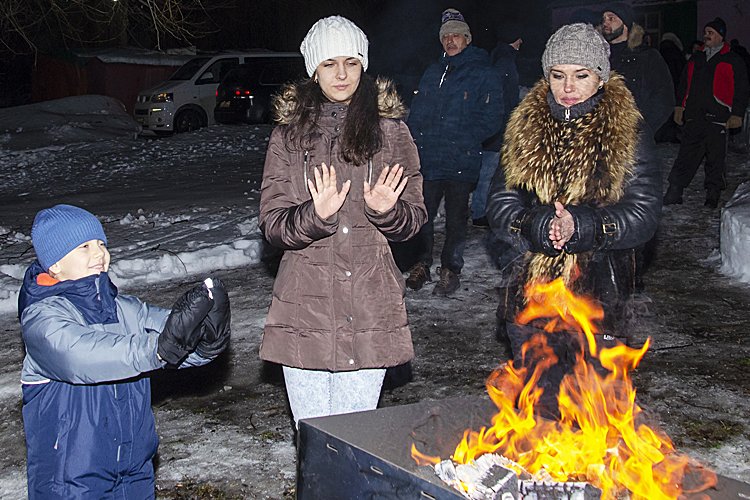 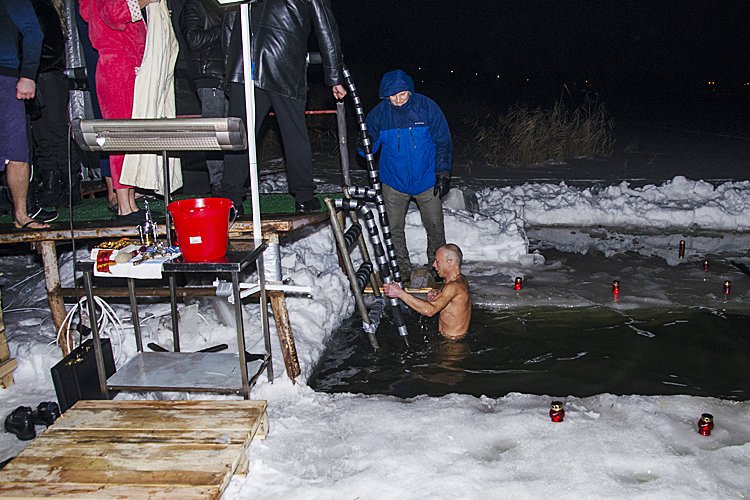 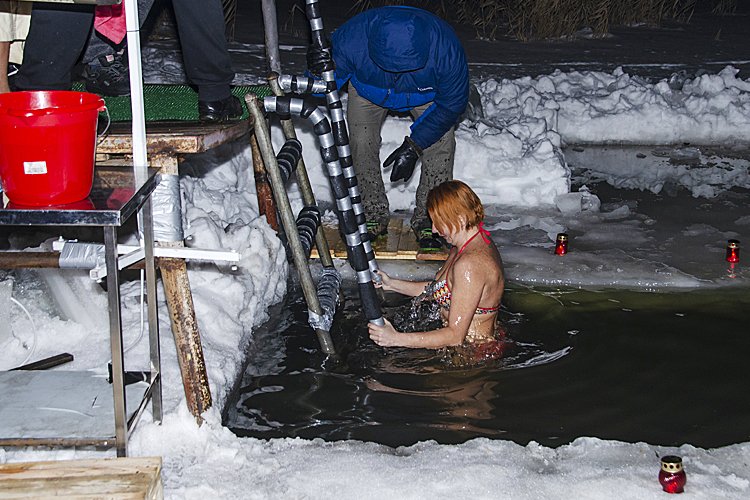 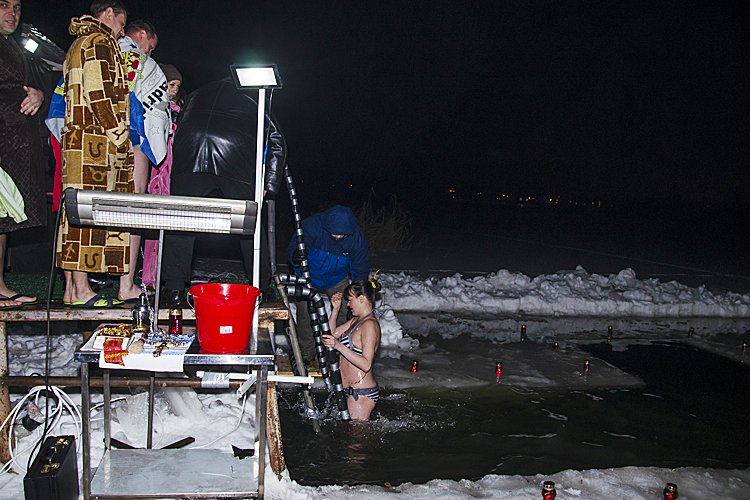 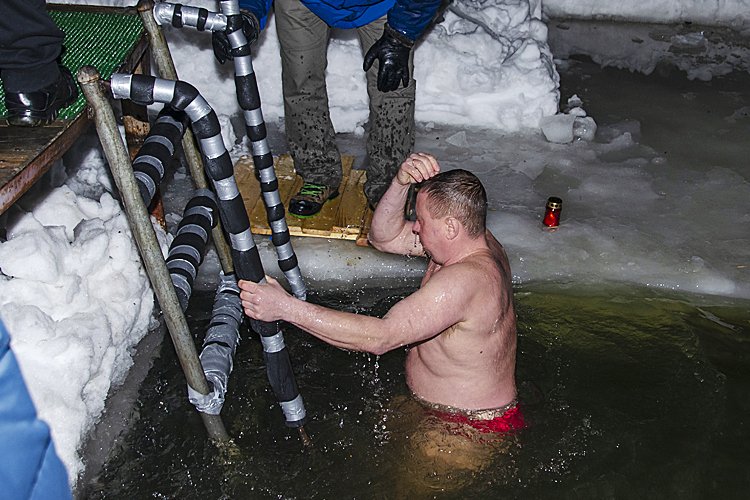 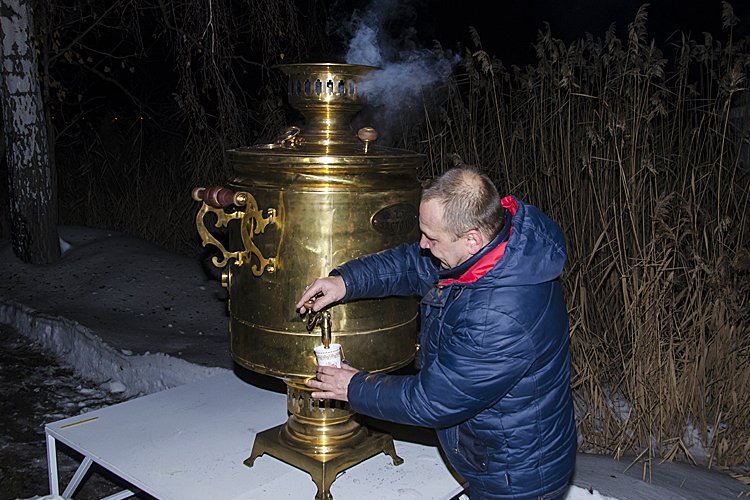 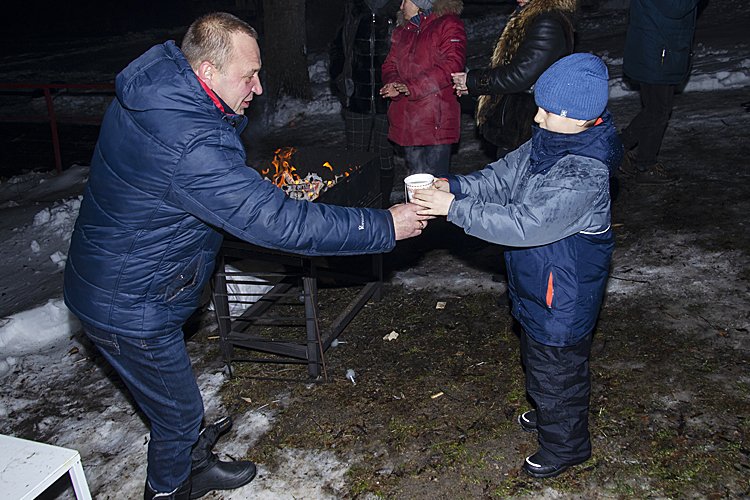